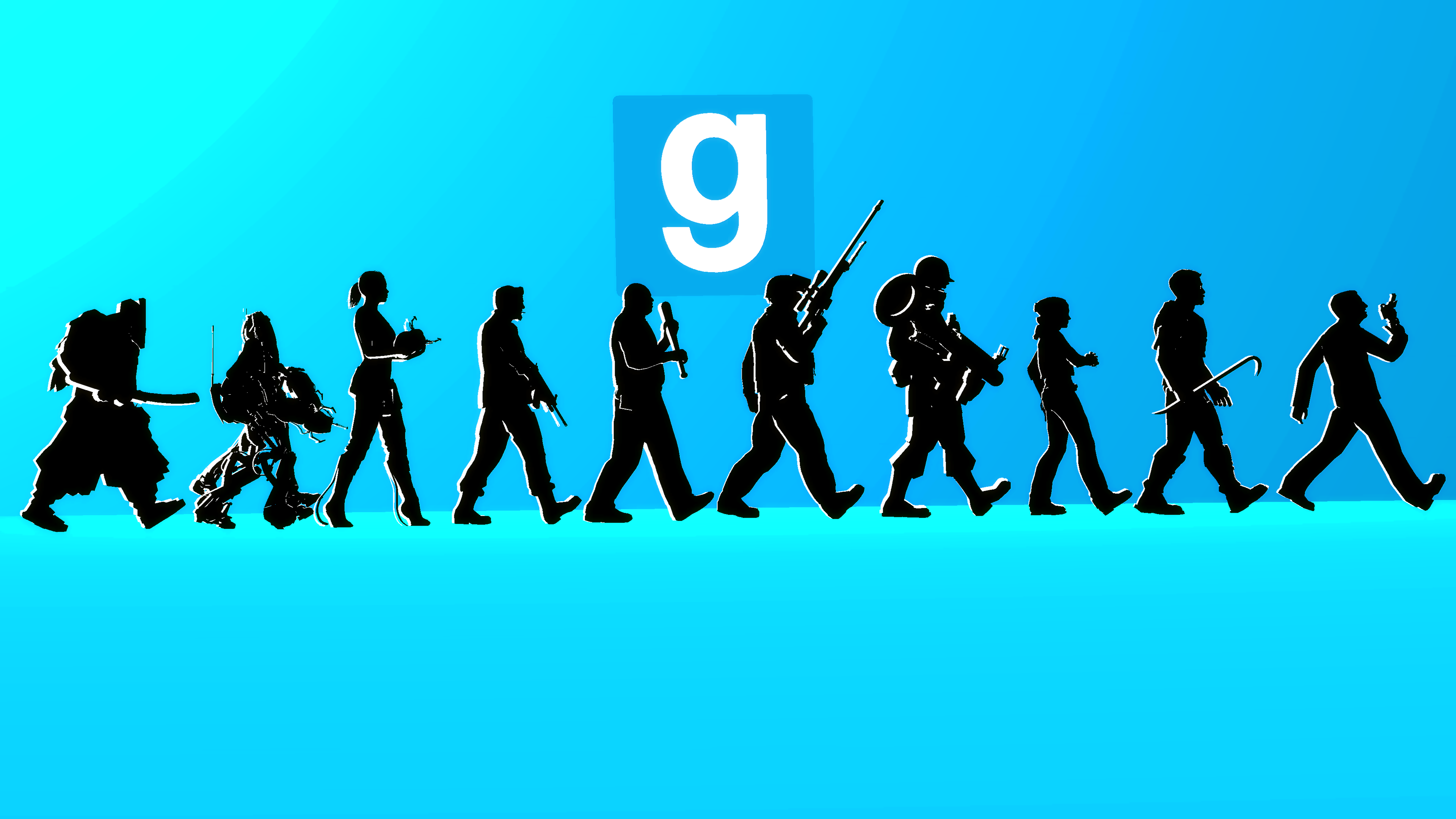 Artwork "A Stroll Down Valve Ave." by Ivretor

This update brings a much requested Addon Presets feature into the game:

The updated "Addons" menu now contains a new section accessible from the bottom right corner which has new options for sorting and the new addon presets, which allow you to save groups of addons and enable or disable them quickly.
We also added "Followed" and "Favorite" sections to the "Addons" menu, which will list Workshop Items published by Steam users you follow and the Workshop Items that you have favorited.

The main menu got a few more tweaks besides that, such as the ability to hide the news list in the main menu: 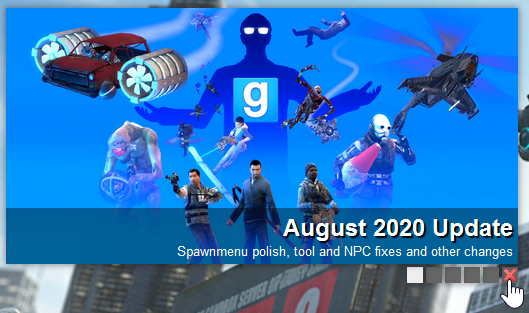 (Please keep in mind that you will not be able to hide the news if there's a new blogpost that was published within the last 7 days.)

The Sandbox's Hoverball tool now has a new feature to Toggle the Hoverball as per community request:

Some other tools have also been slightly improved.

The Super Gravity Gun has been restored to its full glory:

(It can be turned on and off with physcannon_mega_enabled console variable, requiring sv_cheats)

In addition to these changes there has been a number new features for developers as always, which includes new Lua functions and fixes, improvements to Hammer and map compiling tools, as well as general stability and other improvements.

This update requires servers to update before you can join them.

This means that for a certain amount of time after the update releases you may be unable to join servers and get a message saying "The server is running an older version of the game" instead. You will have to wait for servers to update before you can join them again.

You cannot downgrade to a previous version of the game. Please be patient and let server owners update their servers.

Click here for the source of this article RSS Feed